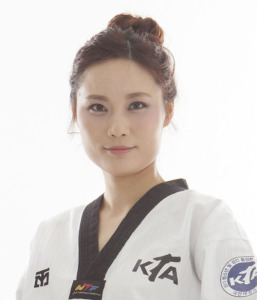 For more information email us at:

Here at Choi’s Martial Arts Academy, we’re proud to introduce our newest instructor. Master Na Young An. Master An is a nationally acclaimed tae kwon do expert. Her experience has led her all over the world, and even to the Olympics.

Master An began her martial arts training at her father’s academy in Inchon, South Korea, at the age of 5. Her father, Grand Master Dong Gi An is president of the Tae Kwon Do Association in south Inchon and has operated his school for more than 30 years.

She was member of the world famous Korean Tiger Demonstration team. The team travels around the world demonstrating their skills, making it a high honor to be part of the team. Master An and the Tiger Demonstration team were invited to the 2000 Summer Olympics in Sydney, Australia. After the Olympics, the government of Singapore invited the team to its country, also to demonstrate. A few years later, the team traveled to North America, showcasing their skills in the US and in Mexico.

Master An taught at her father’s school, prior to coming to the US in early 2014. Her journey led her to the US, after marrying David Choi, Grand Master Min Hae Choi’s son. She brings new techniques to Choi’s Martial Arts Academy, which has been open for more than 40 years, making it the oldest running martial arts school in Indiana.

At Choi’s Martial Arts Academy, you can find Master An teaching tae kwon do, hapki do, knife defense, and bongsul; a form of staff weapon fighting. If you’d like to see Master An in action, check out our video footage. We’re proud to have Master An as part of our team.